This webinar seeks to understand how international cooperation among competition authorities (particularly in developing countries) in times of crisis (e.g. 2008 financial crisis and 2019 COVID19) can be instrumental in the fight against cross-border cartels forming as a result of the crisis-related business activities. The book “Fighting Cross-Border Cartels: The Perspective of the Young and Small Competition Authorities” (March, 2020 by Hart Publishers) will serve as a basis for reflexion to explore how developing countries can effectively detect and sanction cartels that have cross border reach.

This book, which is the first to investigate the causes and consequences of cross border cartels and implications for young competition agencies, presents important lessons from Latin America and the Caribbean region, where anti-cartel laws have been widely enforced, that can be applied when addressing the impact of these issues in emerging economies. Indeed, the book presents the growing scope of actions that younger and smaller competition agencies can take in cooperation with more mature and larger agency counterparts to improve their capacity to cope with cartel activity at international level, notably by demystifying misconceptions about cross border cartels.

This book touches upon concepts, tools and solutions that are highly relevant during crisis times, such as the financial crisis in 2008 as well as the current COVID19 pandemic, especially with regard to how young and small competition authorities can enhance enforcement efforts to deal with international and cross border cartels emerging out of the current crisis (notably in the pharmaceutical sector). Indeed, during economic crises, competition authorities have to decide how much to prioritise cartel enforcement. In 2008, instead of resorting to crisis cartels, many governments engaged in the subsidisation of firms in difficulties (which might not be an option for developing countries). Horizontal cooperation among competitors such as joint buying, joint stock management and distributions in the form of exchanges of information were made necessary during the outbreak of the current unprecedent pandemic caused by COVID19, followed by worldwide disruptions to supplies of essential goods and health products. As such, the flexibility in enforcement approaches adopted by most competition agencies around the world could potentially and inadvertently facilitate the formation of hard-core cartels, including cross-border ones that adversely affect trade and consumers worldwide.

The experience of some industrialised countries during the 2008 global financial crisis points to the positive contributions that competition authorities and financial regulators have played in avoiding the adverse consequences of greater financial concentration. The current pandemic is said to have resulted in higher levels of concentration in various sectors due to disruptions and shortages of global supply chains, which could be conducive to cartelisation, especially at the cross-border level. Therefore, this issue is timely to discuss, especially with a specific focus on developing countries. As is known, cross-border cartels have caused tremendous damage to economies especially in emerging markets as they limit the benefits from international trade and access to global supply chains.

The effects on developing countries are particularly salient since they rely heavily on imports of goods from industries involved in international price fixing conspiracies.

Suggested questions to be addressed by panellists:

What are best practices for flexibility in enforcement while remaining vigilant on cross-border hard-core cartels impacting their domestic jurisdictions?
How can cooperation among competition agencies detect and prevent cross-border cartels in the transition out of COVID19?
What challenges do competition agencies face in preventing competition law and policy becoming a "a thing of the past"?
What should competition advocacy in the fight against cross-border cartels be focusing on over the coming years?
Proposal of Panellists (Free copies of EBook to be provided to panellists for review in advance of webinar) 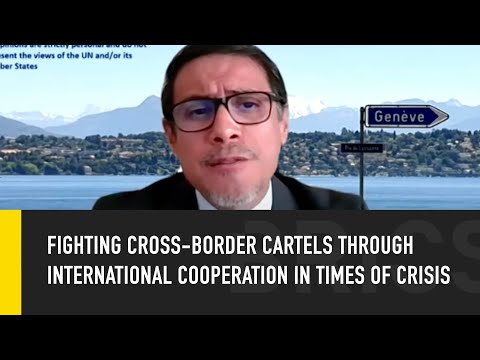 The questionnaire prepared by the BRICS Competition Centre is aimed at Competition Authorities or any other public authorities, em-powered to protect economic competition, of developed and developing countries without prejudice if it has experience of combating cross border cartels or not.