Fighting Cross-Border Cartels through international cooperation in times of crisis

On 22nd of July the BRICS Competition Law and Policy Centre has organised a webinar that seeks to understand how international cooperation among competition authorities (particularly in developing countries) in times of crisis (e.g. 2008 financial crisis and 2019 COVID19) can be instrumental in the fight against cross-border cartels forming as a result of the crisis-related business activities. The book «Fighting Cross-Border Cartels: The Perspective of the Young and Small Competition Authorities» (March, 2020 by Hart Publishers) written by the Dr Pierre Horna, Legal Affairs Officer, UNCTAD’s Competition and Consumer Policies Branch served as a basis for reflexion to explore how developing countries can effectively detect and sanction cartels that have cross border reach.

The webinar consisted of the presentation and discussion of the book by the world-leading experts — practitioners and researchers in the field of the competition law and policy, as well as the discussion of the general trends in the antitrust field and the review of the challenges to come associated with the new digital technologies and the rise of COVID-19 related crisis.

William Kovacic, Global Competition Professor of Law and Policy, based in George Washington University has moderated this exciting and fruitful debate, underlying the importance of the global cooperation in the fast-paced world, stating that nation by nation approach is not enough to face and solve global issues and that it is impossible to catch up to ’formula one car of problems on an individual bike based approach’. Professor Kovacic has also emphasised the importance of research in the field of cross-border cartels today, by stating that, despite all attention on BigTech, cartels did not go away, he said that «while they may not be the ’cool stuff’ but it is essential to focus on a long-standing problem that affects everyone internationally and is not going away».

Professor Kovacic has also spoken about the importance of theory and practice being brought together in Dr Pierre Horna’s book. He said it was an amazing and attractive feature of the book, which is an excellent contribution to the literature in the field.

The discussion was started by Ms Teresa Moreira, Head of UNCTAD’ Competition and Consumer Policies Branch, who has spoken about pressing issues at hand. She has talked about COVID-19 crisis having spurred mostly national reactions. However, she underlined that she was happy to see competition authority being very keen to exchange information and experience to support each other and especially authorities from developing countries in these challenging times.

Ms Teresa Moreira has also spoken about UNCTAD’s focus on international competition law and policy and collaboration since 2015. She has shared achievements in the field stating that she was delighted that combined efforts of many competition authorities have led to agreement on common policies and guidelines regarding cross-border regulation. She has further underlined the importance of contribution by the younger agencies, such as the initiatives of the Russian FAS — which she thanked additionally for helping and providing support.

Furthermore, Ms Teresa Moreira was very excited to share the news regarding the upcoming 8th UN Review Conference held by the UNCTAD as the focal point on Competition and Consumer Protection within the UN system. Additionally, it is worth to mention that the empirical data collected while organising today’s webinar will be analysed and presented at the aforementioned conference in October.

After discussing the general trends and challenges of ’today,’ Ms Teresa Moreira has moved onto congratulating Dr Pierre Horna on his research and the publishing of the book, stating that she was happy to see that a member of UNCTAD team has dedicated a study and solid effort in improving their field of work, helping to study how to help young and developing agencies.

Mr Antonio Capobianco, the Acting Head of OECD’ Competition Division, has also participated in the introductory remarks by discussing how the research carried out by Dr Pierre Horna is exceptionally relevant today. He talked about cartel enforcement remaining one of the most critical functions of competition agencies worldwide, by stressing the fact that a number of cartel procedures are growing steadily every year — international cartels have been growing since 2012 with 30-40 investigations every year, bid-rating conspiracy being the most common issue.

He further underlined the need for increased international and global cooperating, saying that many jurisdictions are not active in pursuing global international cartels cases. He also stressed the importance of Dr Horna’s work due to the expected increase in cartelisation associated with the upcoming economic crisis caused by the COVID-19 pandemic.

He did, however, mention, that while we still need even more increased levels of cooperation, we have seen better collaboration and more exchange of information happening already. Mr Antonio Capobianco has noted that there are still many challenges such as confidential documents but also emphasised that we still see way more coordination in areas where it is possible especially at regional levels and in investigations.

After the introductory remarks, the floor was handed over to the author of the book presented during the webinar — Dr Pierre Horna, Legal Affairs Officer at UNCTAD’s Competition and Consumer Policies Branch.

Dr Pierre Horna has started by thanking BRICS Competition Law and Policy Centre and its Director — Alexey Ivanov for hosting and organising the presentation for the launching of his book. Dr Horna had given a brief introduction of the book stating that In 2017 when he decided to work on it, the world was a different place. Nobody could have predicted what the upcoming severe recession that we have seen develop due to COVID-19 crisis. He, however, underlined that because one large problem comes into the scene — the other disappear into nowhere — even in such circumstances, price-fixing doesn’t go away. After the brief introduction, he, thus, went onto explain the three main themes explored in his work.

Dr Pierre Horna has discussed his remarks about industry cartelisation — explain that the book focuses on different types of cartels that affect mostly the young and small competition agencies, as well as providing a classification of cartels that can be used to determine how much they affect the economies of the developing countries.

He then went on to discuss the second focus of his book — the practical solutions for young and developing competition agencies in dealing with the problem of cartels, stating that they can be tackled — if the appropriate cooperation is in place. Dr Horna has dedicated a large part of the discussion to the issue of developing trust between competition agencies worldwide. He stated that «Trust is the lubricant for international cooperation engine», and that building trust between mature and developing agencies should not be underestimated.

His final notes touched upon the relevance COVID-19 to the ’crisis cartels’. He stated that ’crisis cartels’ have come back on the table, primarily due to exceptional policies competition agencies have adopted to support economies. According to Dr Horna, this might lead to the formation of more cartels, especially at international level — COVID-19 has forced everyone to go digital, and digital giants have the potential to concentrate extremely fast.

The key themes covered during the panel discussion were the importance of building up of international cooperation between the competition agencies, through the building of trust and mutual exchange of experience in information both from mature and large competition agencies to young, developing and small ones and visa versa.

All participants have presented and shared their experience in the field of cartel enforcement and have agreed that international cooperation is becoming increasingly important in this field. Mr Mukhamed Khakumov and Mr Hardin Ratshisusu have described the book as an essential step towards a better understanding of cross-border cartels and the cooperation required for dealing with them. Mr Khakumov has also pointed out that it would be a valuable addition to the experience of his colleagues at FAS if they could translate the book into the Russian language, to be available for larger audiences.

After the panel discussion Professor Kovacic has stated that indeed younger competition authorities are a force of vitality and innovation, ’new entrants’ that don’t have settled concept sand can think out of the box, becoming a prototype and testing ground for new solutions, self-reflection and change for the whole competition community. He emphasised and reinforced the point of tremendous gains that can come from bilateral cooperation of an old and mature agency and a young developing one.

As a last, but significant part, the commentators — Mr Alexey Ivanov the Director of BRICS Competition Law and Policy Centre; Dr Juan David Gutierrez the Director of the Latin American Chapter of ASCOLA and partner at Avante Abogados; Mr Dave Anderson a Managing Partner at Bryan Cave Leighton Paisner; and Mr Claudio Lombardi an Assistant Professor at KIMEP University had a chance to further discuss the book and relevant issues in the competition field.

The participants have agreed that the book is very timely due to us being in the time of declining multilateralism where the cooperation becomes ever so important. All of the commentators have kept their discussion brief and to the point, reinforcing the issues discussed by previous speakers and discussion potential for future focus and research. So, for example, Mr Claudio Lombardi has brought up the digital markets, which are bringing new problems to the table. He spoke about global value chains going digital and practitioners in the field having to change approach to detecting cartels — an issue that can be explored in the future research in the field, building upon Dr Pierre Horna’s work.

Professor William Kovacic and Mr Alexey Ivanov have shared the closing word stating that the work carried out in the field is tremendously essential and once again expressing their hope for the increase in the cooperation of practitioners, agencies and researchers in the field of competition law and policy. 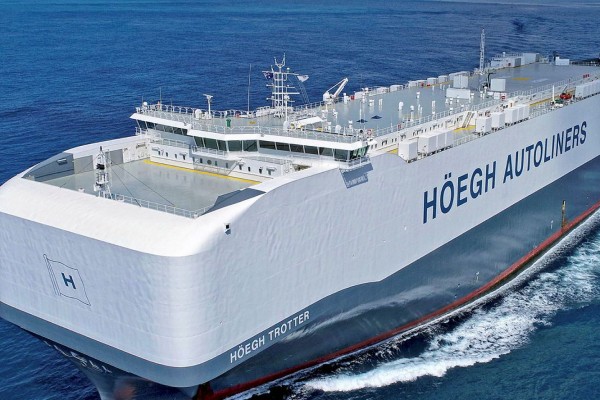 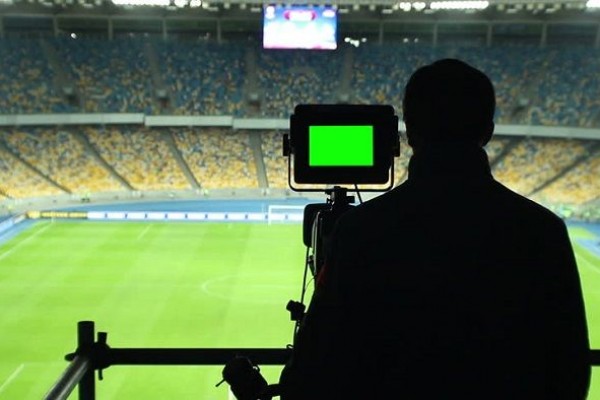 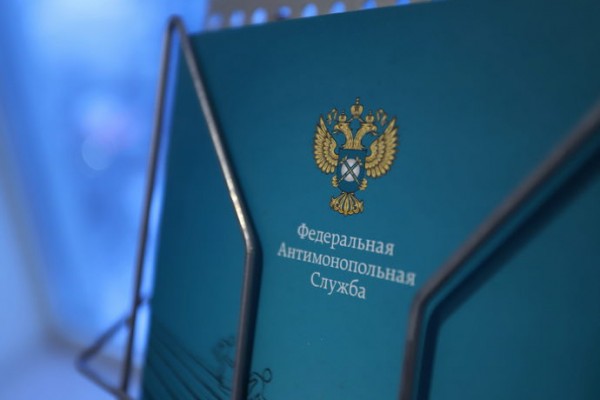 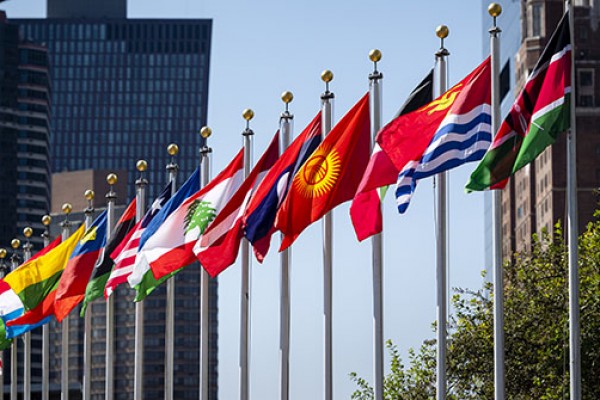