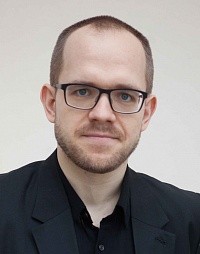 Evgeny Morozov is a writer and researcher from Belarus who studies political and social implications of technology. He was named one of 28 most influential Europeans by Politico in 2018. Morozov has been a visiting scholar at Stanford University, a fellow at the New America Foundation, and a contributing editor of and blogger for Foreign Policy magazine, for which he wrote the blog Net Effect. He has previously been a Yahoo! fellow at Georgetown University's Walsh School of Foreign Service, a fellow at the Open Society Institute, director of new media at the NGO Transitions Online, and a columnist for the Russian newspaper Akzia. In 2009, he was chosen as a TED Fellow where he spoke about how the Web influences civic engagement and regime stability in authoritarian, closed societies or in countries "in transition".

As of 2013, Morozov pursued a PhD in the history of science from Harvard, which he obtained in May 2018.