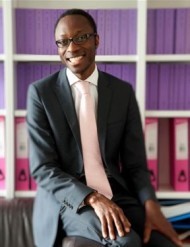 Back to Academic Board

Dr Odudu returned to Cambridge in September 2006 as Herchel Smith Lecturer in the Faculty of Law and Fellow in Law at Emmanuel College. He is on leave during the 2011-2012 academic year, having been awarded a British Academy Mid-Career Fellowship to conduct research into the application of competition law to NHS institutions in England.
In Cambridge he has served as Deputy Director of the Centre for European Legal Studies from September 2006 until December 2010 and has been co-editor of the Cambridge Yearbook of European Legal Studies since 2008. From September 2004 to September 2006 he was Lecturer in Competition Law at the School of Law, King's College London, teaching EU Competition Law and US Antitrust, having previously been Fellow in Law at Downing College, Cambridge. He read law as an undergraduate at Sidney Sussex College, Cambridge, and received an MA in Criminology from Keele University (funded by the ESRC), before moving to Keble College, Oxford, to engage in competition law research. The research into aspects of Article 101 TFEU was funded by the AHRB and supervised by Professor Paul Craig; a doctorate (examined by Professor Stephen Weatherill and Professor Richard Whish) was conferred in 2003. During his time as a doctoral student, Dr Odudu was awarded a Scholarship by the Kennedy Memorial Trust and spent a year at the European Law Research Center, Harvard Law School, conducting research on various aspects of US Antitrust.