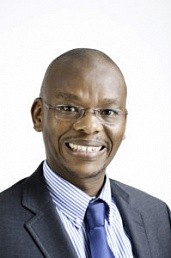 Back to Steering Committee

Mr Bonakele is an admitted attorney and previously practised with Cheadle Thompson and Haysom in Johannesburg largely in the areas of labour law, regulation, and health and safety. He has also spent a year working in corporate finance and antitrust groups at Clifford Chance, New York office. He is a an adjunct visiting professor of law at Wits Law School, an Associate of the European Summer School and Conference in Competition and Regulation of Athens University of Economics and Business, a Fellow of the University of Johannesburg’s Centre for Competition, Regulation and Economic Development and a Board Member of the University of Stellenbosch’s Centre for Competition Law and Economics. He has published widely in academic journals and writes for newspapers and business magazines on competition matters.

He is a recipient of the Black Management Forums’s Black Excellency Award and is a regular speaker at international competition policy conferences.