- Antitrust policy in 2022
- Uber plans to sell its stake in Didi
- The Center for Competition Policy and Big Data was opened
- 7,818 cases of unfair competition in 2021
- China welcomes foreign investment
- Weibo penalty for prohibited information
- Academic Monopoly - expert comments
- China has proposed to regulate the military use of AI
- Alibaba creates the gaming sector of the metaverse
- SAMR launched two service networks for business
- Hangout with CBBC
- Fight against unfair competition in Shenzhen
- LinkedIn introduced an app for China
- "Reform 5.0" in Beijing

Despite the fact that during the meeting of the Politburo of the Central Committee of the CPC on the analysis of economic work (December 6), President of the People's Republic of China Xi Jinping - unlike last year - did not mention antimonopoly policy, the Central Economic Meeting, which was held from 8 to December 10, nevertheless identified strengthening antitrust measures and the fight against unfair competition as one of the areas of economic activity for 2022. These measures will be carried out within the framework of micro-policies aimed at enhancing the vitality of market entities: this implies an in-depth development of the competition review system, strengthening actions to combat monopolistic and unfair competitive practices, and ensuring fair competition through fair regulation. Separately, the need to put a "traffic light" on capital was noted in order to strengthen its effective regulation and prevent "wild" growth.

The State General Administration for Market Regulation of China and the Cyberspace Administration of China have expressed their commitment to the central course. The departments held thematic meetings: employees announced their firm intention to fulfil the tasks set at the Central Economic Meeting and to implement the designated goals.

Uber plans to sell its stake in Didi

This was stated by the CEO of Uber, Dara Khosrowshahi, at the video talks on the company's business strategy. "We don't think our stake in Didi is strategic. They are competitors, and China has a rather complex environment with low transparency," he said. However, according to Khosrowshahi, there is no rush to sell: "We would like to wisely dispose of this asset over time." As of June, Uber owns 12.8% of Didi. The company left the Chinese market in 2016 after spending over a billion dollars in a year on a price war with Didi. Then Uber sold its Chinese business in exchange for equity participation.

The Center for Competition Policy and Big Data was opened

On December 16th, SAMR held a meeting to mark the establishment of the Center for Competition Policy and Big Data. The head of the market regulator Zhang Gong noted that this step is aimed at more fully realizing the possibilities of antitrust regulation. The Center will provide the General Directorate for Market Regulation with significant support in the areas of antitrust, platform economics and big data. Its specialists will be engaged in the theoretical study of relevant policies and programs and provide technical support for antitrust enforcement, market monitoring (including online transactions), electronic evidence collection, and big data analysis.

On December 9th, SAMR held a seminar on combating unfair competition in Chongqing, where it summed up the results of the year. In total, 7,818 unfair competition cases were considered across the country, 525 million yuan (≈81 million US dollars) were recovered and confiscated, and 4,234 exemplary zones and facilities were created to protect trade secrets, appeals for legal appeals protection and etc. Important achievements were the publication of the draft Regulation on the Prohibition of Unfair Competitive Practices on the Internet, consideration of the case of forcing exclusive cooperation on the VipShop marketplace, increasing the intensity of the fight against false advertising and cheating orders by medical cosmetology organizations, etc.

Premier of the State Council of the People's Republic of China Li Keqiang said this during a virtual dialogue with business leaders of the Global CEO Council. He said that China would continue to reduce the rates of institutional taxes and fees in order to increase the share of total spending on research and development in the structure of GDP. Through fair and inclusive market incentives, China will also support business innovation and technology modernization. According to him, the state is carrying out reforms to create a world-class business environment - market-oriented and based on a solid legal framework, as well as to ensure equal and fair treatment of domestic enterprises and companies with foreign participation. Li Keqiang added that China would improve the system of encouraging and servicing foreign investment and will become an extremely attractive place for investment activities in the long term.

The PRC Cyberspace Administration held a meeting with officials and editors of the Weibo social network, the Chinese equivalent of Twitter. The agency indicated that recently on Weibo, messages of prohibited content were often published and ordered the social network to correct the violations and bring those involved to justice. The Beijing division of the administration also fined the site operator 3 million yuan (≈470,000 US dollars). In total, from January to November of this year, Weibo received 44 fines from the department, totalling 14.3 million yuan (≈2.2 million US dollars). The administration said that online platforms should manage the content posted by users and prevent the dissemination of information that violates any provisions of the law.

The story with CNKI (China National Knowledge Infrastructure) was widely publicized: 89-year-old professor of Zhongnan University of Economics and Law Zhao Dexin sued CNKI 700 thousand yuan - the resource posted 160 of his articles without permission and left the author without a fee. The plaintiff states: "I do not demand that CNKI become open source, but it must pay the authors what they owe and reduce the cost of viewing for the students."

Open data for May 2019 shows that CNKI exclusively publishes articles from 43% of all Chinese periodicals: this includes 194 publications in the top 3 in their scientific fields (64% of all such leading publications). The head of the Center for the Study of Competition Law and Policy at Wuhan University, Sun Jin, commented to reporters: "In addition to having the rights to reprint the vast majority of periodicals, CNKI presumably monopolized the publication of electronic versions of doctoral dissertations: it is the only scientific electronic platform in China with the right to publish doctoral dissertations officially. ... <...> Over the past few years, some universities and research institutes [tried] to limit the price increase for CNKI, but as a result, everything ended in a compromise. "The antitrust enforcement structures need to respond appropriately to this case, which has generated such a violent public reaction," says Sun Jin.

China has proposed to regulate the military use of AI

Against the backdrop of broad prospects for the use of artificial intelligence for military purposes, China was the first to propose to the UN to create appropriate regulations aimed at preventing long-term effects and potential risks of strategic security.

With the potential to completely rewrite the rules of war, AI is a double-edged sword and, if mishandled, can lead to disaster, which is why China's proposal to regulate and control it is responsible and worthy of the attention of other countries, especially those trying to take advantage of AI. to achieve military hegemony.

The proposal was announced at the 6th Review Conference of the UN Convention on Conventional Arms. The English text of the regulatory document is available at the link.

Alibaba creates the gaming sector of the metaverse

Alibaba has set up a subsidiary, Yuanjing Shengsheng, and those in the know say its activities will be in the metaverse. In September, the corporation introduced the Yuanjing brand, which has become a platform for cloud gaming and development. The new venture is likely a further step in the development of the gaming sector in its metaverse. The company has also applied for trademark registrations for "Alibaba Metaverse", "Taobao Metaverse", and several others.

In order to support the development of market entities, on December 17, SAMR launched the All-China Service Network for Registration and Registration of Market Entities and the All-China Service Network for the Economic Development of Private Enterprise. The first will become a unified system for registering, changing data and obtaining information on the necessary procedures for all types of market entities. The second will provide private entrepreneurs with a single-window for training, getting to know the applicable legislation and receiving administrative services. There are currently 43 million micro-enterprises and 100 million individual entrepreneurs in China.

SAMR Deputy Head Pu Chun met with a delegation from the Sino-British Business Council online. The parties discussed such issues as the registration of special groups of food products and goods for healthy eating, verification of advertising, amendments to the Antimonopoly Law of the PRC, standardization and protection of intellectual rights. Pu Chun noted that the Chinese economy is highly resilient and has huge market potential. He invited British businesses to invest more actively and assured that China has always made and will continue to strive to protect fair competition, create a legal and internationalized business environment.

Fight against unfair competition in Shenzhen

From December 14th to 20th, the Shenzhen Municipal Market Regulatory Authority is holding a public consultation on the draft Anti-unfair Competition Regulation of the Shenzhen Special Economic Zone. The document details the forms of unfair competition (use of misleading trademarks, commercial bribery, false advertising, violation of trade secrets, damage to commercial reputation, creation of technical obstacles in the network, etc.) and the procedure for investigating these practices.

LinkedIn introduced an app for China

LinkedIn announced the launch of a new Chinese-only app: "Today [Dec 14], we took the first step in a new strategy for the Chinese market with the official launch of the all-new InCareer app. We will continue to continually optimize to provide users and corporate customers with the world's best user experience." InCareer is also designed to establish professional contacts and find a job. However, unlike LinkedIn, it lacks the functions of a social network - it does not have the ability to share entries in the news feed. Two months ago, LinkedIn announced its decision to end its operations in China: according to media reports, due to stricter regulatory requirements.

“Beijing will continue to intensify its enforcement efforts to combat unfair competition and monopolistic practices,” Deputy Head of the Beijing Municipal Market Authority Deng Huimin said at a December 15 news conference. The Beijing AMR has published a package of measures to improve the business environment called Reform 5.0. Compared to the previous package, the scope and subject of measures in it are significantly expanded, and the intensity is increased. Deng Huimin said that in its activities, the department will focus on the fields of medicine and pharmaceuticals, utilities, building materials, consumer goods and education and will deal with the following key tasks:

2. Strengthening the integrated regulation system, increasing the efficiency of regulation in real-time and ex-post

3. Strengthening law enforcement in key areas, protecting the rights of businesses and the general public

4. The formation of a unified, open, fair and orderly competitive environment 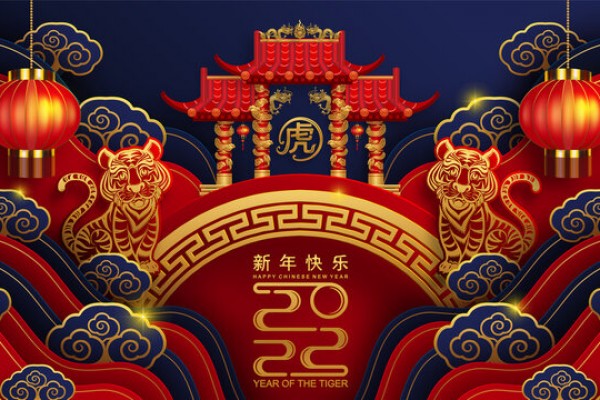 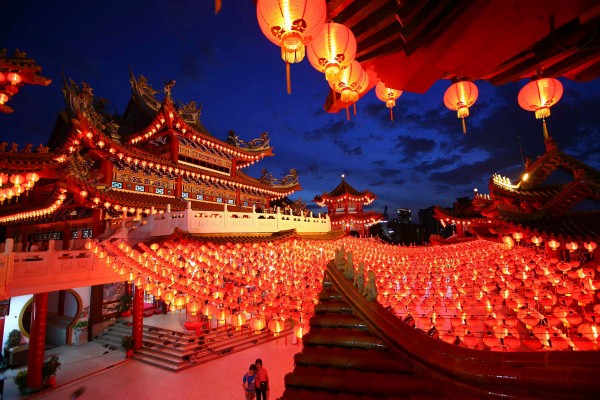 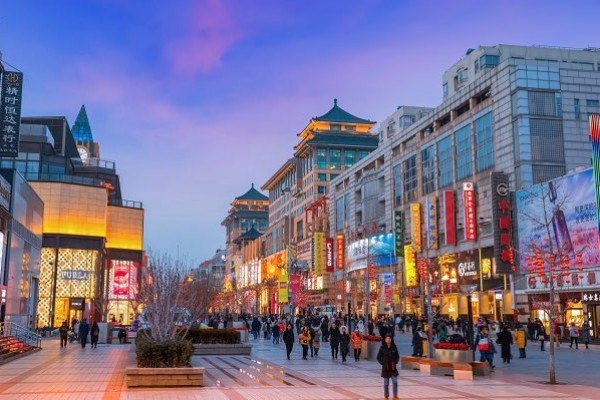