On November 18, the Main State Antimonopoly Office was officially opened in the SAMR building. Previously, antimonopoly regulation was handled by one of the SAMR departments. The department was headed by Ms Gan Lin, who also holds the position of Deputy Head of Market Regulator. The creation of the new public administration confirmed the increased attention of the Chinese government to the antitrust sector, as well as a new step in the consistent increase in the status of the antitrust enforcement authority - until 2018, these functions were distributed among the relevant departments of the Ministry of Commerce (MOFCOM), Development and Reform Committee (NDRC) and General Administration of Industry and Commerce (SAIC), after which a separate body for market regulation was formed.

On the eve of the 7th BRICS Competition Conference, the head of the conference organizing committee, Ms Gan Lin, told the largest Chinese media about the importance of cooperation within the five countries. “The BRICS countries are at approximately the same stage of development and have similar goals. In the area of competition, they have the widest possible space for cooperation, ”she said. Gan Lin pointed out that in the field of international competition, this Conference is the only multilateral platform managed by developing countries. Since 2009, this event has strengthened economic contacts between the BRICS countries and contributed to the reform of the global economic governance system.

The 7th International Conference on Competition under the auspices of the BRICS was held on November 16 and 17 in a mixed format. The organizers were SAMR and the People's Government of Sichuan Province with the support of the People's Government of Chengdu. On the territory of China, offline events of the Conference under the slogan "Openness. Competition. Development" took place at sites in Chengdu and Beijing. Representatives of the BRICS competition authorities signed the Chengdu Joint Statement, which confirmed the positive achievements of the parties in enhancing interaction and promoting a stable recovery of the global economy since the beginning of the pandemic, and also came up with active initiatives to jointly develop and improve competition rules, and intensify the exchange of information and experience.

During the event, the head of the Chinese Antimonopoly Authority, Ms Gan Lin, held bilateral negotiations with her counterparts from the BRICS countries and signed Memorandums of Understanding on competition policy with the Pakistan Competition Commission and the Competition and Antimonopoly Regulation Department of the EEC.

The Conference was attended by about 500 people from 36 countries and regions - these are responsible representatives of the competition authorities of the BRICS countries, diplomatic representatives of Russia, South Africa, Brazil and other countries, representatives of international organizations and competition authorities of the EU, USA, Japan, etc., members of the Antimonopoly Committee State Council of the People's Republic of China and expert advisory groups, entrepreneurs, etc. At the end of the Conference, Gan Lin handed over the event's mascot, a Chinese lantern, to India, the next host country.

The State Council of the PRC adopted the document on the 15th of November. The guidelines are drawn up on the basis of the Anti-Monopoly Law of the People's Republic of China in order to prevent and suppress anti-competitive practices in the production and distribution of active pharmaceutical ingredients and to protect fair competition in this market. They set out principles for defining the boundaries of commodity and geographic markets, list types of anti-competitive agreements, explain the signs of dominance and forms of abuse, and provide guidance on economic concentration and administrative monopoly transactions in the sector.

SAMR has prepared this guide:

· to foster a culture of antitrust compliance among enterprises,

· to raise awareness of companies' compliance with antitrust laws when doing business outside the PRC,

The guidance applies to Chinese companies that do business overseas or whose activities in China may affect overseas markets. It contains guidelines for risk assessment, reporting, information support, auditing, rights and obligations of companies when participating in foreign antitrust investigations, etc.

SAMR Antitrust Bureau took part in the video conferencing forum at the invitation of the Korea Fair Trade Commission and spoke at the session "Platform Economy and Competition Policy", where he talked about China's relevant experience in regulating platforms and intent to deepen cooperation in the field of international competition. Among other things, the forum discussed such issues as competition and data in the digital advertising market, the role of competition authorities in the post-image era, etc. The event was also attended by the Head of the EU Competition Department Olivier Gersen, Deputy Head of the FAS Russia Andrei Tsarikovsky, Head of the Federal Office for Cartels in Germany Andreas Mundt and CMA CEO Michael Grenfel.

The Zhejiang Provincial Market Authority has identified an anticompetitive agreement between logistics companies Yusen Auto Logistics (China), Ningbo Landun Zhiyu International Logistics and Tianmen Sanbang Logistics - participants jointly engaged in e-bid fraud. Yusen Auto Logistics applied to the General Directorate of Industry and Trade with a mitigation statement and provided the necessary evidence, including tender documents and screenshots of correspondence. For the applicant, the fine was reduced by 90% (1.7 million Chinese yuan), the rest received a fine of 1% of sales for 2017 (146 thousand and 334 thousand yuan, respectively).

Abuse in the pharmaceutical market

Wholesale drug supplier Ningwei Medicine was fined 4 million yuan (4% of 2019 sales) and ordered to return illegal profits of 2.5 million yuan for abuse of market dominance for the substance Pralidoxime Chloride (2-PAM-Cl ) at unreasonably high prices and the use of unfair terms of transactions. Pralidoxime chloride is used for pesticide poisoning and effectively accelerates the dephosphorization of active ingredients within 36 hours after they enter the human body.

Previously, Shangqiu Xinxianfeng Pharmaceuticals also received a fine for a similar violation (a 9 million yuan fine and a refund of 1.6 million yuan of illegal profits) - it sold phenyl alcohol, which is used for disinfection, at inflated prices.

SAMR, with additional terms, approved the takeover of MTS Systems Corporation (MTS) by Illinois Tool Works (ITW). According to the results of the audit, it was found that their shares in the Chinese market of professional electro-hydraulic servomechanisms for testing materials are 40-45% and 25-30%, respectively - after the transaction, their total share will be 65-70%, which will negatively affect the state of competition. In this regard, the takeover was approved with the following conditions:

(3) the prices of goods and services offered to Chinese customers must not unreasonably exceed the average prices that the parties to the transaction individually offered to their customers during the 24 months prior to the acquisition under similar terms of the transaction;

(4) it is prohibited to limit or delay the supply of relevant goods or services to Chinese customers without sufficient reason;

(5) it is prohibited to apply unreasonable terms of the transaction to them;

(6) it is prohibited to underestimate the level of quality or technical level of the goods and services offered to them;

(7) it is prohibited to provide a lower quality service.

Administrative monopoly in the regions

On the 18th of November, SAMR published a series of eight incidents of local government abuse of office to eliminate or restrict competition. Violations concerned the restriction of access to tenders and public procurement: various government bodies imposed additional conditions on the participants (local registration, the presence of a physical office, the use of services or equipment of a particular company, the presence of a license issued in a local department, etc.), thereby limiting the free competition. The perpetrators were financial and educational departments, local governments and meteorological offices. During the investigation period, measures were taken in all cases to restore competition, including the cancellation of the documents establishing the above prohibitive conditions.

During the National People's Congress held in March, SAMR received many proposals to curb anti-competitive practices in new markets. Recently, the market regulator has published answers to some of them. For example, one representative pointed to market capture by co-procurement platforms that dump prices through subsidies. He proposed tightening regulation and ensuring the mutual integration of advantages in technology with consumer demand and the real economy on a scientific basis. SAMR approved the proposal - the department recalled that in March, it had already fined joint procurement platforms for understating prices and now plans to strengthen the platform economy regulation further and improve applicable legislation.

Another appeal concerned social networks, which can unreasonably block accounts, thereby violating the interests of small and medium-sized businesses. In response, SAMR has pledged to monitor Internet violations even more closely, and in particular to prevent illegal economic concentration transactions that would jeopardize consumer interests. The agency has so far reviewed 73 uncoordinated transactions involving leading digital platforms, some of which have resulted in maximum fines, which has increased motivation.

In response to complaints from food delivery couriers about increased pressure from customers as the delivery time approached, Meituan replaced "expected delivery time" with "expected time slot." First, this update was tested in several cities: as a result, negative reviews, complaints, calls to couriers asking them to hurry up, and penalties for being late have significantly decreased. On November 19, the company announced that it is officially introducing such a practice throughout China - it is planned to change the exact time to an interval for 50% of orders on the platform. Meituan has pledged to continue to update algorithms to improve the user experience for each party.

Amid tightening regulatory requirements, the Meituan platform began to talk about the work of its algorithms openly: in September, it explained how the delivery time is calculated, and in early November, it listed the factors affecting the distribution of orders.

Cooperation between Tencent and Douyin

Tencent has sent a request to Douyin (the Chinese version of TikTok) to display short videos based on Tencent-owned films and TV shows on the Douyin platform. The company told reporters that it is inviting other Internet platforms to participate in the distribution of its content in test mode. This step was a response to the requirement of the Ministry of Industry and Informatization to ensure the openness and interconnection of digital platforms. Douyin was very enthusiastic about the proposal - the video service has repeatedly asked Tencent to restore the ability to share its content on WeChat. 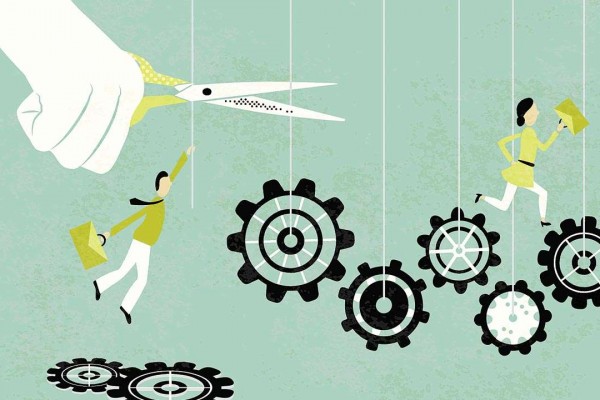 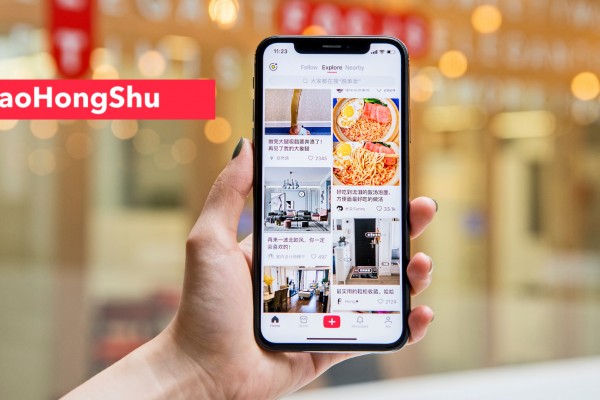 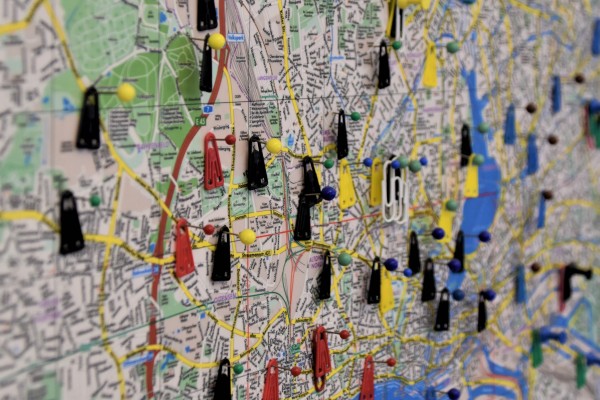 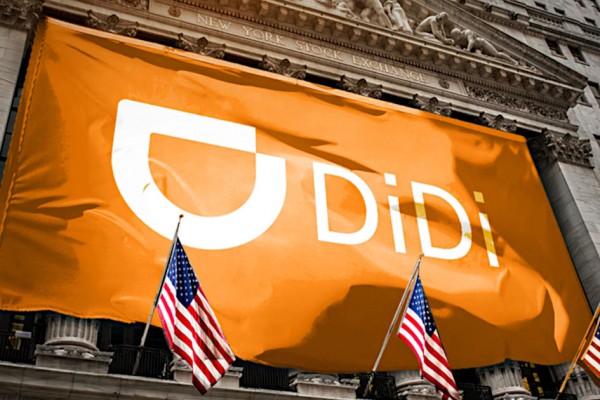