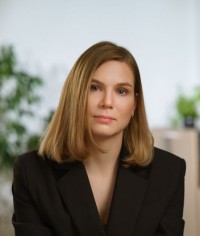 The U.S. has expanded restrictions on semiconductor exports to China. Maria Belyaeva, an expert at the BRICS Antitrust Centre, explains what the new restrictions concern and marks the beginning of a new phase of confrontation between the countries.

New measures limiting exports to China of high-tech products and equipment for their production, recently adopted by the U.S., became one of the most radical steps in the technological confrontation between the two powers.

Restrictions on the U.S. side began under Trump, who blocked supplies for Huawei - since then, the list of undesirable counterparties has only expanded. In addition, previously the United States was only concerned about the use of chips and microchips for military purposes, but the latest measures already apply to all industries that use AI and supercomputers.

We are witnessing an escalation of the so-called "technological cold war," and it is obvious that the United States is willing to limit Chinese capacity even to its own detriment — China is the largest market for leading American manufacturers. The confrontation is already taking on an ideological dimension: the U.S. states that the goal is to "level the playing field," while China calls the innovation a "violation of trade policy" and an increase in American "technological hegemony. Through the new measures, the U.S. is also testing the political landscape: it is calling for a halt to shipments to China of all countries exporting U.S. equipment in an attempt to form a sanctions bloc.

Particularly interesting is that the restrictions affect not only goods, but also human capacity: companies supplying U.S. equipment must prohibit their U.S. citizen employees from providing service to Chinese customers — reportedly under threat of revocation of citizenship. The measures, however, are not uncompromising and involve obtaining licenses to export to China. The Taiwanese company TSMC (more than 50% of the global market), as well as South Korean manufacturers Samsung and SK Hynix, for example, have already received one-year permits.

Although the impact on Chinese production will be significant, the U.S. move only further exposes the problem of supply chain vulnerabilities. On Oct. 16, speaking at the opening of the 20th Congress of the Chinese Communist Party, General Secretary Xi Jinping, who had previously stressed the importance of developing our own technology, included in the national goals until 2035 the goal of "joining the ranks of the world's most innovative countries with strong sovereignty and strength in the science and technology field."

So the restriction, designed to "set China back decades in development," will undoubtedly encourage the country to be more active in the development of its own production and accelerate the achievement of its technological independence.