The meeting was moderated by Sergey Zverev, Chairman of the Board of Directors, CROS

Digital markets have been severely impacted by the current shifting geopolitical landscape. A major transformation of the environment in which digital ecosystems have lived and developed has begun under sanctions. What role does antitrust regulation play in this environment?

"Roosevelt's New Deal and the fight against the Great Depression and the post-war rehabilitation of Europe — everywhere antitrust acted as the most effective anti-crisis measure, which allowed the economic cycle to take a new turn in its evolution. The scale of the changes taking place now is comparable to such ecological phenomena as species extinction. As we know, the dinosaurs went extinct because of the cold weather on Earth following the fall of an asteroid. However, the extinction of the dinosaurs allowed the proliferation of mammals, which are more adapted to the cold. Thus the resilience of the ecosystem was maintained, even though the ecosystem went through a phase of global upheaval. Antimonopoly policy now faces the most important task — after the destruction of existing monopolies to create pro-competitive conditions for the development of young dynamic businesses that will replace outdated giants. Here our legislator has a lot to learn from ecological science, where the laws of adaptability of complex systems are described in detail. Relying on nature-like approaches, the antimonopoly regulator will be able to ensure sustainability of market development".

"The challenges we are now seeing will continue, there will be new asteroids and new crises, including ecological ones. To confront them, we need to develop a large number of small, medium-sized — different forms of life in the digital economy". 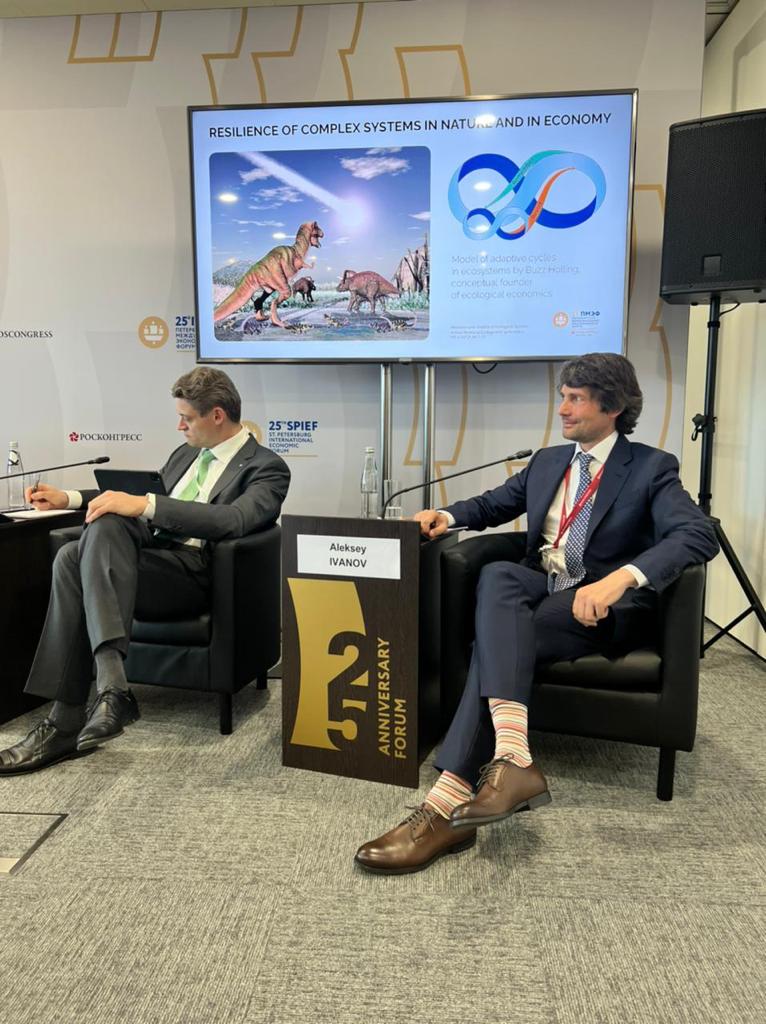 Maksim Shaskolskiy also called the support of small players a priority for the FAS. He mentioned the landmark SERP-features case of Yandex. Following its results, Yandexnhas concluded a settlement agreement with the FAS and IT-companies, which takes into account the position of each party and confirms the possibility of self-regulation of digital markets in Russia.

"Our work is aimed at achieving long-term, clear, pro-competitive rules for the market in the self-regulation regime".

Large ecosystems will have more opportunities for growth, but this does not cancel out the emergence of new players, Kirill Tsarev is convinced.

"The emergence of new technologies allows new business models to break into the market. In essence, it's a competition, but not with each other, but with nature. The one who offers the client a new business model: more efficient, more profitable, wins."

After the sanctions were imposed, a number of IT and technology giants left Russia, as well as the VISA and Mastercard payment systems. However, technologies and services that left Russia will be replaced by Russian players, and the current situation will be a stimulus for development, Anatoly Pechatnikov believes.

"Global technology companies did not occupy a dominant position with us. We switched to open source and our own internal development technology long ago. People are inconvenienced in the short term, but these losses can be made up in a year or two."

Jian Liu shared his experience with the harmonious regulation of digital ecosystems.

"It is important to combine sound planning and freedom for technology development. For a healthy digital economy, both trend-setting big technologies and respect for the rights of small and medium-sized companies are important. Their interaction generates the necessary synergy".

Marina Amelina recalled the necessary measures of state support for smaller companies in the digital market:

"Now some of the players are being washed out. To support small companies, the state should provide them with access to financial resources, create additional incentives for development by providing all sorts of benefits, and protect their rights".

"It is clear that state companies with their resources are starting to create a skew in the market, hiring thousands of developers and raising salary ceilings. We took a difficult decision to introduce cost limits for software development".

To sum up, the session participants agreed that the departure of global players from the Russian digital market, although worrying, but, on the other hand, forces domestic companies to find new niches.

Back to Our news
digital markets  Russia  ecoantitrust