On the 11th of March the University of KAZGUU named after M.S. Narikbaev in Nur-Sultan held the opening of a master's program in the specialty "Competition Law" and presented a textbook "Competition Law and Policy of the Republic of Kazakhstan". The discussion was moderated by the director of the BRICS Competition Centre. A delegation of the Centre's experts also took part in the event.

The latest training manual was prepared by an international team of authors under the editorship of Serik Zhumangarin, chairman of the Agency for the Protection and Development of Competition of the Republic of Kazakhstan. The preface to the textbook was written by the president of Kazakhstan, Kassym-Jomart Tokayev, emphasizing that by decree of December 31, 2020, the promotion of competition and the introduction of pro-competition policy were declared a priority for the president, the government, central state and local executive bodies, and local governments.

"I hope that in the near future master's degree graduates will join the ranks of employees of the antimonopoly service, economists and lawyers of private and state companies,"

the head of the Republic of Kazakhstan noted in his preface. 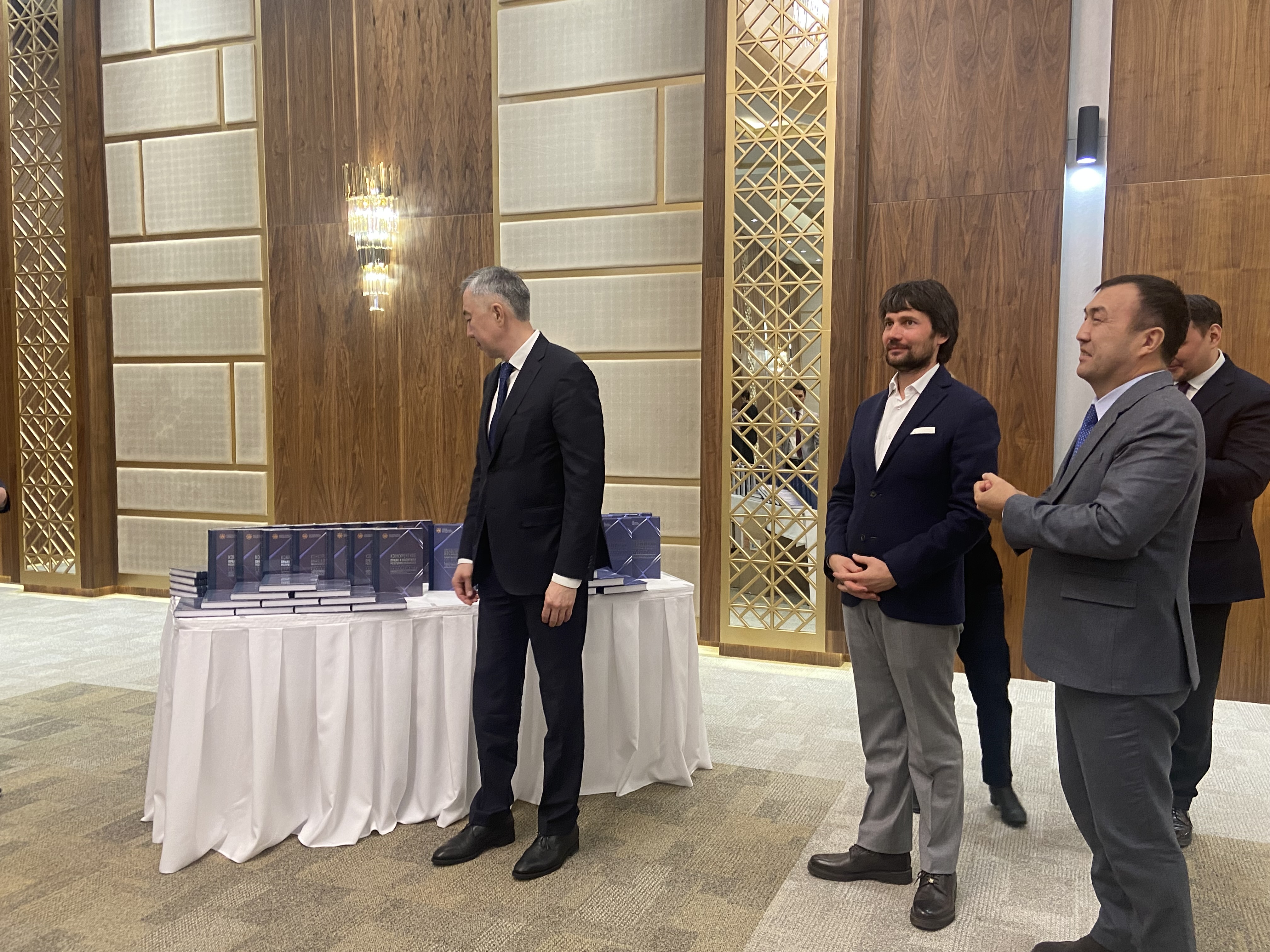 Alexey Ivanov, director of the Centre, wrote a chapter on the revision of the antimonopoly regulation of digital markets.

“Antitrust law is undergoing a major transformation today. In the era of globalization and changing business models, we see that traditional methods and approaches of antitrust law cease to work or do not work effectively enough. Most jurisdictions are now looking for new solutions, a new antitrust policy paradigm, to revive antitrust and make it more relevant and adapted to the new reality. Under these conditions, the younger generation of antitrust experts, students who are just studying antitrust law, should understand that in this rapidly changing world, one must not memorize dogmas, standard approaches that were effective decades ago, but learn critical thinking and a critical look at established models. The textbook, prepared by a team of authors led by Serik Makashevich Zhumangarin, is a unique tool even for the international community for a critical understanding of the processes taking place in the new economic reality. I hope that the students who study this textbook will learn not the mechanistic application of antitrust law, but its creative understanding, and form a new group of antitrust lawyers and economists who will determine the face of antitrust regulation in the 21st century,”

The guests of honor of the opening and speakers were the chairman of the Agency for the Protection and Development of Competition of the Republic of Kazakhstan Serik Zhumangarin, judge of the Supreme Court Gulshan Almagambetova, chairman of the Board of KAZGUU named after M.S. Narikbayev Talgat Narikbayev. The event was held in a hybrid mode. Undergraduates, a team of authors of the textbook, heads of the Center for the Development and Protection of Competition Policy joined the event offline. Heads of foreign antimonopoly agencies of Armenia, Kyrgyzstan, Tajikistan, Uzbekistan, EEC participated online.

All speakers outlined the growing importance of antitrust law and policy on the international and national agenda of leading jurisdictions, and welcomed the launch of the training program and the release of the manual.

In his welcoming speech, the chairman of the board of KAZGUU, Talgat Narikbayev, noted the role of the master's educational program "Competition Law" in the implementation of the state's competition policy. Abai Abylayuly and Kambar Omarov talked about the training program, its content and benefits. 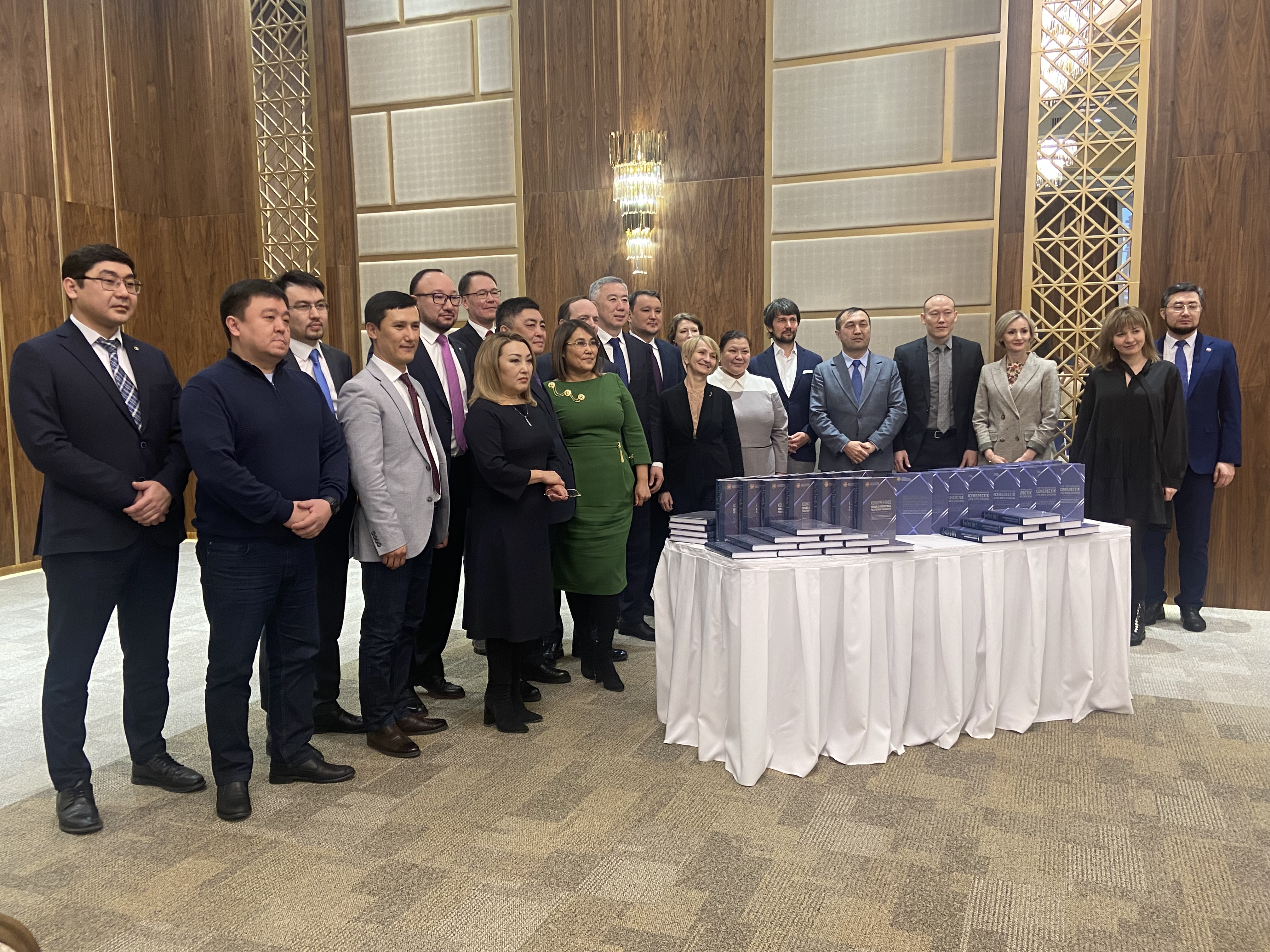 Serik Zhumangarin presented to the participants a short overview lecture on the history of the development of antimonopoly legislation and his opinion on the current situation with the monopolization of the markets of Kazakhstan, noting that the training of specialists in competition law from the university bench is one of the important directions of the state policy for the development of competition in the country.

At the end of the event, the authors solemnly handed the study guide to the undergraduates.

History of cooperation and prospects

Alexey Ivanov, Director of the Centre and Institute for Law and Development of the Higher School of Economics - Skolkovo, in 2015 was selected by the Organization for Economic Cooperation and Development (OECD) as a leading international expert to conduct a comprehensive assessment of the state of affairs in Kazakhstan in the field of competition and compliance of the country's legislation and policy with the rules organizations.

The reform of the country's antimonopoly regulation was included as a separate item in the National Plan, a document describing 100 specificsteps to implement the five institutional reforms proposed by the head of Kazakhstan. It was called the "One Hundred Steps of Elbasy". Paragraph 53 calls for "changing the concept of the work of the antimonopoly service and bringing it into conformity with OECD standards," and states that "the renewed service should be oriented toward the promotion of free competition".

In October 2020, on behalf of the President of Kazakhstan, Kassym-Jomart Tokayev, the Agency for the Protection and Development of Competition was established with direct subordination to the head of state.

In October 2021, within the framework of the VII Eurasian Antimonopoly Forum, an agreement on strategic partnership between the International Center for Competition Law and BRICS Policy of the National Research University Higher School of Economics and the International Center for Competition Law, Innovation and Policy of the Republic of Kazakhstan was signed. By signing the agreement, the parties confirmed that the expert centers of Russia and Kazakhstan will form and maintain a permanent expert and analytical platform on the development and protection of competition in the Eurasian economic space, conduct scientific research in the field of antimonopoly regulation in high-tech markets, as well as other markets that have special importance. In addition, researchers from both countries will conduct a joint analysis of the consequences of mergers and acquisitions and advise competition authorities on these decisions as part of the control of economic concentration.

Among the important areas of joint work is participation in the development of draft laws aimed at improving regulation in the field of competition protection. The decision on cooperation was made in June this year at a trilateral meeting in Moscow of the сhairman of the Agency for the Protection and Development of Competition of Kazakhstan Serik Zhumangarin, the Head of the Federal Antimonopoly Service of Russia Maxim Shaskolsky and the Director of the International Center for Competition Law and Policy BRICS Alexey Ivanov. During the tripartite meeting, Serik Zhumangarin awarded Aleksey Ivanov with the badge “Монополияғақарсықызметтіңүздігі” (“Excellence in Antimonopoly Service”) of the Republic of Kazakhstan.

On March 12-13 this year, the Centre experts held a strategic session with the staff of the International Center for Competition Law, Innovation and Policy of the Republic of Kazakhstan and the Competition Protection Agency of Kazakhstan to discuss prospects for cooperation in the antimonopoly sphere. How will it help strengthen the economic positions of Russia and Kazakhstan in global markets? Why is competition protection important for domestic policy? What steps should our countries take first of all in order to equalize the imbalances of the national and world economies with the tools of antimonopoly regulation? During the closed discussion, these and other issues were discussed. The strategic session was held as a preparatory stage for discussing issues of cooperation between Russia and Kazakhstan in the field of antimonopoly policy at the St. Petersburg International Economic Forum.

Back to Our news
Kazakhstan 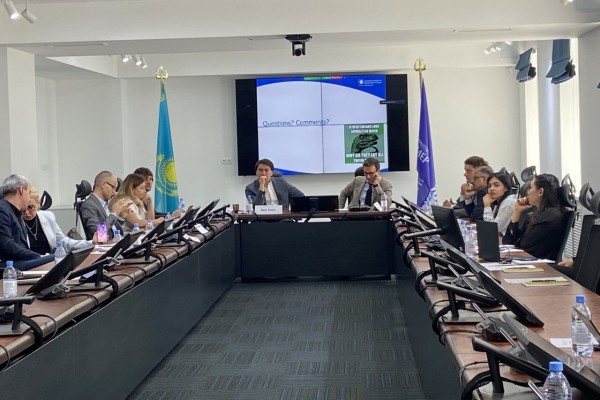 06.10.2022 Our news
Protecting and Supporting Competition in a Changing Reality
kazakhstan, digital markets 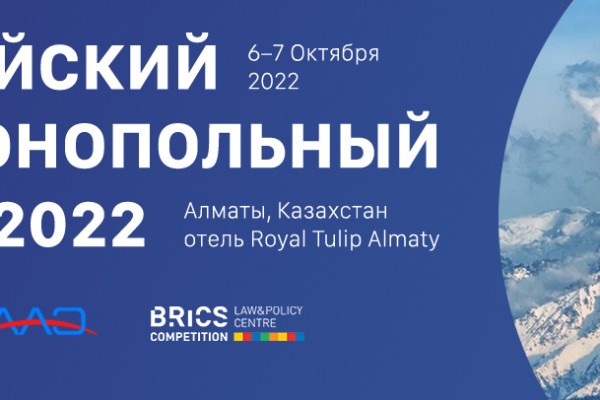 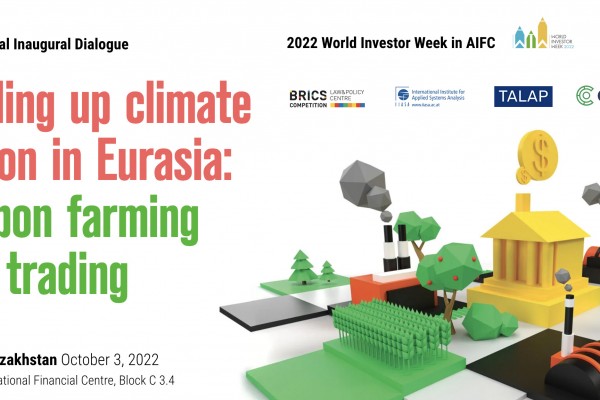 25.09.2017 Article
The Eurasian Economic Union: An EU-Inspired Legal Order and Its Limits
The article argues that the EAEU lags behind the EU both in terms of the autonomy of its legal order and in its ability to ensure the effective functioning of the organization. The EAEU’s supranational features are limited, as it relies predominantly on intergovernmental elements with a view to preserving the interests of all of its member states.
Karliuk M.
Review of Central and East European Law. 2017. No. 42. P. 50-72.