Digital Markets
Back to Opinions 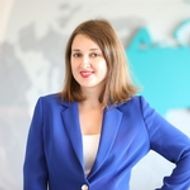 How privacy and freedom were traded for convenience en masse.

Services of digital platforms like Google, Apple, Facebook, Alibaba and Yandex have become an indispensable and inevitable part of everyday life. However, people pay for the convenience of using their services with privacy and freedom of choice, often without realizing it. Why is the monopolization of the digital space dangerous, and how to restore a balance between the interests of corporate business, the state and an ordinary user?

Every day we look at the news feed, check social networks, look for information in a search engine, communicate with friends in the messenger. All of the listed benefits of civilization came to us along with the rapid development of digital platforms. For the use of the vast majority of digital services, no user fees are charged, and in return, convenience, comfort and access to virtually all information in the world are provided.

Users are a product

Most digital platform services are free. Nevertheless, in July, global digital giants reported record profits for the last quarter, and their capitalization has doubled over the past year. "If you get something for free, then you are not a customer. You are a commodity "- with this epigraph begins Eli Paraizer's book 'The Filter Bubble: How the New Personalized Web is Changing What We Read and How We Think'. Today it is no longer a secret for anyone that when using any digital service, the user agrees to transfer to the platform - the provider of this service - his data, which has already been called 'new oil' (and other metaphors that personify the elements that are most important for the stability of the economy).

Few people think about what specific data the platform collects, how much and how it uses it. The answers to these questions are kept by digital giants, which, as it turned out, are pretty difficult to call to account.

Not so long ago, it became known that Google can collect user data even when the mobile device settings are turned off. In addition, as part of the proceedings against Google, which is currently taking place in the United States, it became known that Google put pressure on manufacturers of mobile devices to hide their privacy settings in places 'hard to reach' for the user.

As it turned out, Facebook can also collect data not only about clicks and views on its social network but also receive data from other applications installed on your smartphone that are not connected with Facebook in any way. Thanks to the built-in trackers, the social network can know what products the user was looking for, information about which medications he requested, which clinic he visited. And do all this, even if the application is logged out of the profile. Such actions allow, according to Facebook, "to more accurately compose user profiles."

The problem with digital giants and the user data they use lies in their de facto global monopoly position. The user who decides to refuse the terms of the user agreement, in most cases, has no alternative. You cannot ask the digital platform to remove a couple of inconvenient clauses of the user agreement, and you cannot partially agree with it. We accept them completely, or we consciously condemn ourselves to 'digital asceticism'.

It is difficult to persuade all your friends to leave Facebook and communicate on an alternative social network. It is not easy nowadays to search for information, completely bypassing Google services; it is difficult to find a mobile device that functions on an operating system other than Android or iOS. Migration to an alternative platform brings noticeable inconvenience to the user and requires a significant amount of time to transfer data (contacts in a directory, a list of friends on a social network).

Beyond that, digital giants are, of course, eager to maintain and increase their market power. History knows examples of hundreds of so-called predatory takeovers, when a global digital company bought a small promising business or startup that could hypothetically pose a threat or grow into a full-fledged competitor, with the sole purpose of putting an end to the development of a competing technology or completely taking it under its control so as not to allow the growth of a competitor. The most indicative in this context is Facebook's acquisition of the small social network Instagram in 2012 for a relatively modest $ 715 million by the standards of the digital world. When reviewing this deal, regulators erroneously concluded that Instagram is a photo-sharing application, not a social network, so they 'dismissed' a deal without careful analysis of the consequences. Another classic example of 'predatory takeover' is the acquisition by Google of the service for posting and viewing video content YouTube, which later, instead of a full-fledged digital player, became one of the main promotion channels for Google.

Taming of the scoundrel

The bargaining power that digital giants gain from big data is virtually uncontrollable. There are sporadic attempts to regulate global digital companies worldwide, and successful cases of misuse of big data to eliminate competition in the markets are the rare exception rather than the rule, even in the most advanced jurisdictions in terms of regulatory development. Germany's antimonopoly authority has advanced farthest in this regard - this jurisdiction has adopted two sets of 'digital amendments' to competition law and considered a number of cases of abuse of dominant position by digital giants. One such case is the antitrust investigation against Facebook for illegally collecting and using user data from other platforms. However, in this case, the decision was subsequently overturned, so this experience, although precedent, can hardly be called successful.

This situation could be regulated, and competitors could grow and develop by including antitrust control mechanisms. The only problem is that the criteria for coordinating economic concentration transactions existing almost all over the world are focused on traditional markets and 'do not see' what is happening in the digital world. A small startup, for example, may not have significant turnover but possess unique technology that can radically change the market. The acquisition price of such a company by a digital giant can also be low. Thus, the digital giant can buy a potential competitor without attracting the attention of the antitrust authority. For example, the aforementioned Facebook-Instagram deal came to the attention of regulators in several jurisdictions, with companies operating around the world. Recognizing the scale of the problem, in 2020, the US Federal Trade Commission asked Google, Apple, Facebook, Amazon and Microsoft for information on more than 100 transactions in the past ten years. According to the regulator, in case of identification of problems with the development of acquired technologies, various measures will be considered, including revocation of consent to the transaction and forced separation of companies.

In addition, there is another problem: digital technologies are complex. Antitrust officials do not always have a comprehensive knowledge of how codes and algorithms work. Sometimes digital companies take advantage of this. In 2017, when the global social network Facebook acquired WhatsApp, a small by the standards of the time, the messenger WhatsApp, the European Commission directly asked Facebook if the deal was an attempt to merge large amounts of data that companies have at their disposal. The social network responded that it did not have "the technical ability to exercise such influence." Such a response subsequently cost the company a $ 110 million fine for providing false information. During the same 2017, Facebook's capitalization reached more than $ 500 billion, which means that the company could hypothetically pay the imposed fine 4.5 thousand times (about 12 times a day during the year). This clearly illustrates that the threat of a fine is not a problem for digital platforms.

Attempts to reverse the situation are currently being made mainly in developed jurisdictions. The UK Competition and Markets Authority has created a special department that will include IT specialists and data analysts. The purpose of creating this unit is the desire of the regulator to understand the actual subject of regulation and accordingly suppress unfair practices that appear on digital markets. Although this experience was highly appreciated by the antimonopoly authorities around the world, to date, it has also been partially implemented only in the United States and the EU.

A global response to a global challenge

By now, there are a great many issues of regulating digital markets. Digital markets show significant growth every year; economic regulation objectively does not keep up with the development of these markets: regulators have neither legal instruments nor institutional capacity to resist the unfair practices of digital companies. Digital markets are global, and the solution to the challenges of regulating digital markets must also be global. A logical step towards countering the market power of global digital platforms will be to unite the efforts of regulators worldwide to intensify cooperation and develop a standard policy and mechanisms for regulating the digital environment.

The need to create global regulation is especially acute in developing countries, which, due to the lack of appropriate laws, resources and knowledge, cannot withstand the digital giants. 70% of Facebook users live in Africa and Asia, and India has overtaken the United States as the country with the most social network users. At the same time, in the absence of proper regulation, the actions of digital giants in these regions can be called practically uncontrollable. That said, digital companies headquartered in the US and Europe behave differently in developing countries and at home. ActionAid International, a fund for developing countries, calculated that Google, Facebook and Apple could bring the budgets of 20 least developed countries $ 2.8 billion if they paid a fair tax on the activities they conduct in these jurisdictions. This would be enough to cover the cost of hiring the 1.7 million nurses that developing countries need to fight covid.

This once again underlines the need for global integrated regulation of digital giants, which have already begun to take on quasi-state functions. The episode with the blocking of the Facebook account of US presidential candidate Donald Trump confirms that the platform has a social function and an opinion on key political issues. In conditions of unprecedented market power, only a global response can put digital giants in their place. 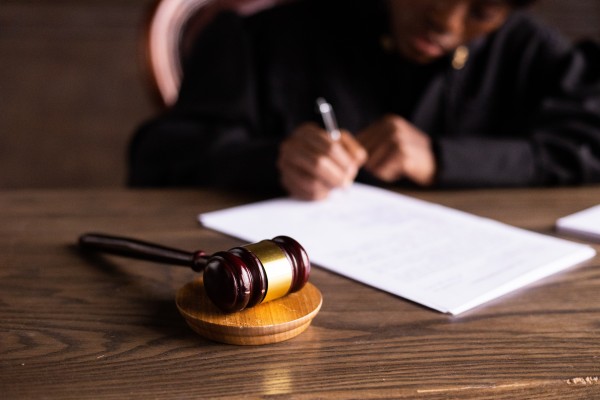 24.08.2022 Our news
Antitrust With Chinese Specifics: How the BRICS Competition Centre Works With PRC
china 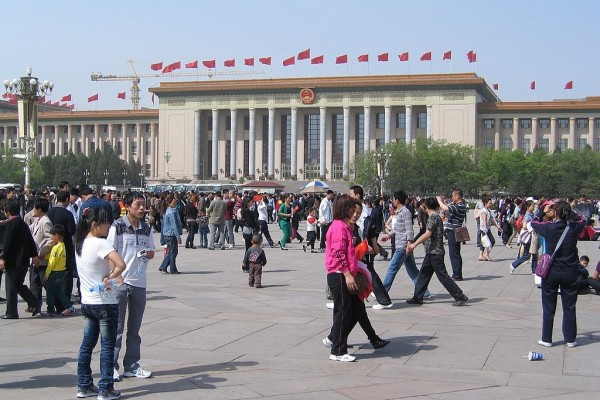 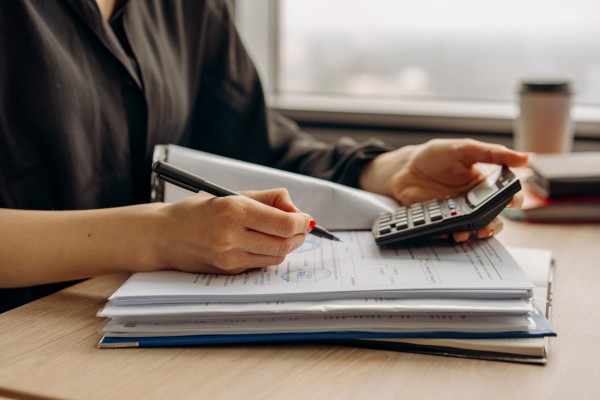 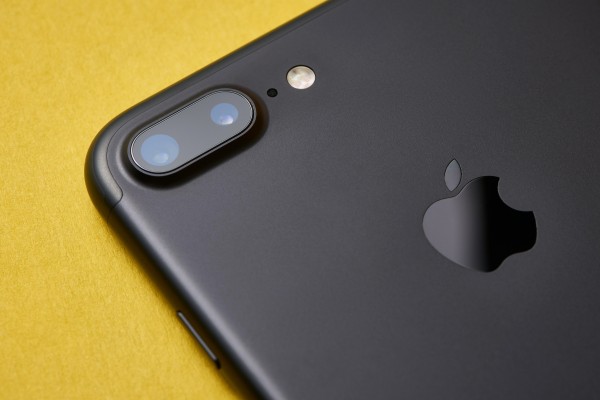